The Moscow metro is the foundation of the city’s mass transit system. Without it, I am sure, Moscow could not function. According to Wikipedia it is the second largest underground system in the world (after Tokyo), moving 6.6 million people each day, with 185 stations and 305 kilometres of track.

It is delightfully efficient and simple to use. The network consists of 11 lines, identified both by colour and number. All of these lines cross the city except one, the brown line (number 5), which is circular and intersects all the others, thus saving people the need to go in and out of the city centre unnecessarily.

A variety of types of ticket are available from cashier offices found at the entrance to all stations. At the time of writing a single journey costs 28 rubles (about $1 Aus). Twenty trips cost 520 rubles. A three month ticket (which I have) costs 3485 rubles (around $120 Aus). A full year is 11430 rubles (about $380 Aus). I had considered buying a full year ticket, but if you lose it, that’s tough luck.

On purchase, one is given a ticket that is swiped over a glowing red light at the entry gate. The light will turn green and one can walk through (the display will also helpfully show how many trips remain or the expiry date on the ticket). If you don’t swipe a valid ticket and try to walk through, a metal barrier will fly out at crotch height. Ouch.

There is no train timetable. At peak hours there are trains every 30 seconds. At other times the frequency drops to around every 2 minutes. I have never had to wait 3 minutes for a train. Any less service and I doubt the system would cope. At peak hour the trains are absolutely packed, and it is usually busy at other times.

Construction of the metro began in 1935 and it was designed to showcase Soviet achievement. Many of the stations are just gorgeous. Over coming months I’ll progressively feature stations in this blog, starting with my ‘local’, Mayakovskaya.

The station is 33 metres deep. It is decorated with pink rhodonite, stainless steel and grey marble. Recessed in the circular light arrays in the ceiling are lovely mosaics depicting a variety of scenes.

During the war Mayakovskaya (in common with other metro stations) served as a bomb shelter. Stalin gave a motivating speech from the station in 1941 with the Germans at the gates of Moscow. 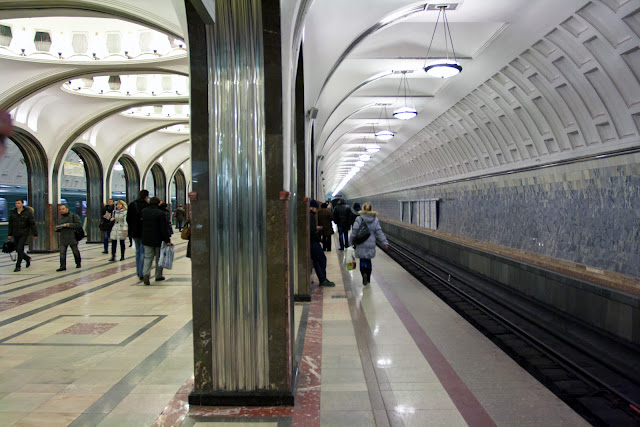 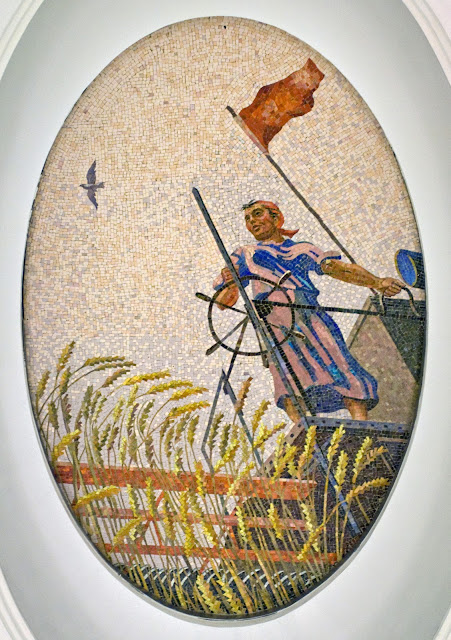 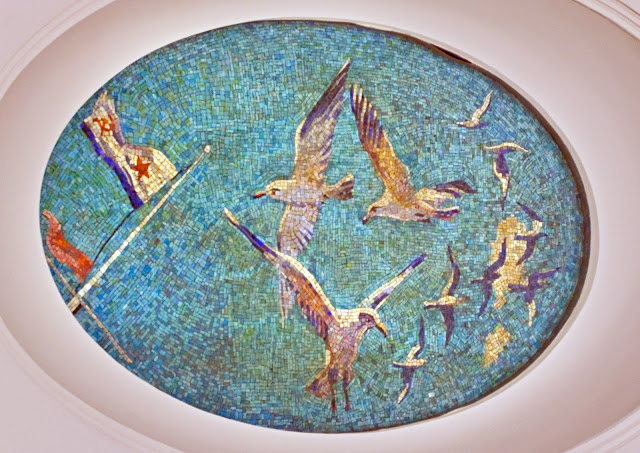 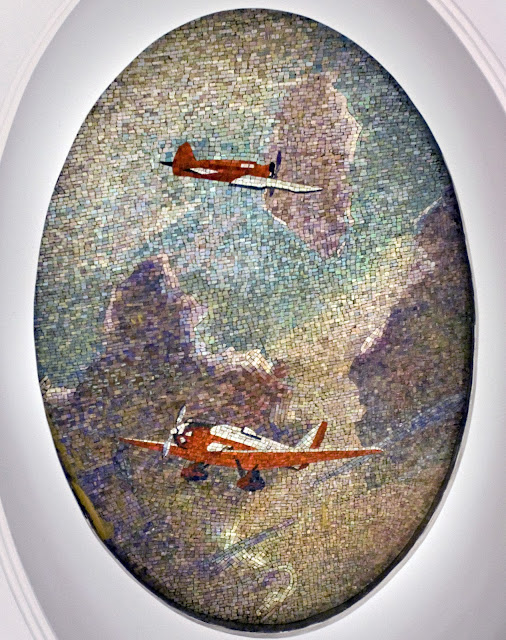