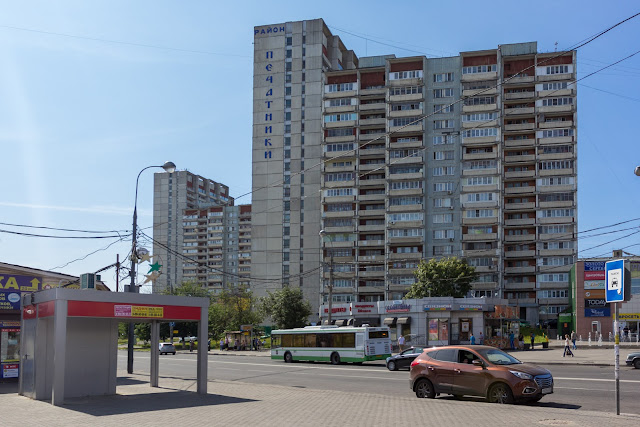 Once outside the second ring road complex (the Garden Ring), you leave the grand and monumental architecture of central Moscow and enter the real Russia. A sprawl of ghastly, often dilapidated apartment blocks. Many of these were constructed during the Khruschev years, the early 1960s, and are known as Khruschyovka. They are largely constructed out of prefabricated concrete. Occupants are lucky if they have 60 square metres. Every city in Russia is largely made up of these awful buildings. 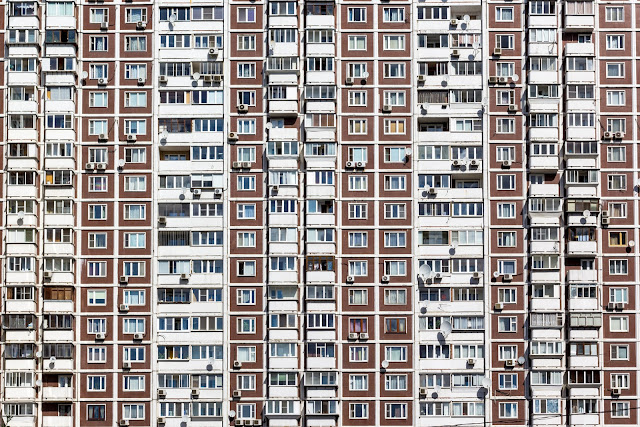 Surrounding infrastructure is typically in poor shape – pavements cracked, kerbs broken or non-existent, roads pot-holed – pretty much what you’d expect in a corrupt country where money that should be spent on public infrastructure is syphoned off to build luxury palaces for a few. One hundred and ten Russians control 35% of the country’s wealth - the average Russian is worse off than the average Indian. Little wonder the current wave of migrants crossing the Mediterranean head west  when they arrive in Europe, and not east.

Email ThisBlogThis!Share to TwitterShare to FacebookShare to Pinterest
Labels: Buildings and structures