It is hard to imagine the chaos that ensued with the end of the Soviet Union. To rapidly move a centralised economy into the free market without proper regulatory controls in place and a population who were used to being told what to do by the government was asking for trouble. It explains, in part, what did and is still happening in Russia.

Following on from my last post, I am once again, in Yekaterinburg. This city endured a violent gangland war during the 1990s and 2000s. A group calling itself the Uralmash gang, after a district around the Uralmash heavy machinery factory, fought vicious internal wars and also clashed with the rival Central Gang.

So numerous were the casualties that many gang members found themselves in graves, most notably in the Shirokorechenskoe Cemetery. Here they still strut in their leather jackets on elaborate tombstones, their girlfriends sometimes nearby. 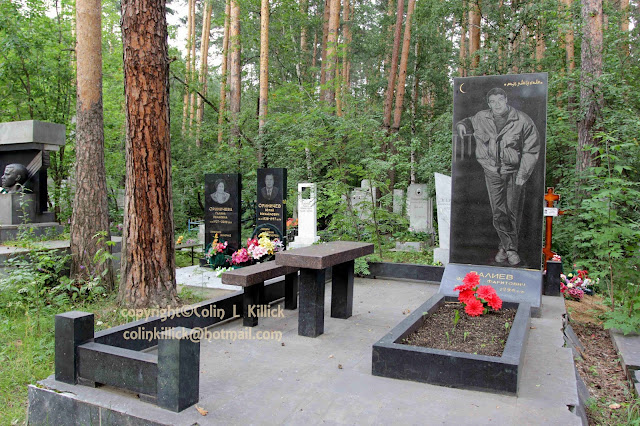 Things have settled down in Yekateringburg. The gangs appear to have realised that it was to their long-term advantage to develop a veneer of respectability via legitimate business, though there are still reports of racketeering. 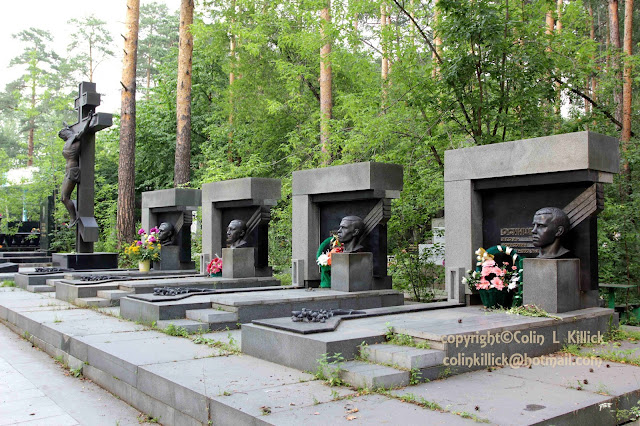 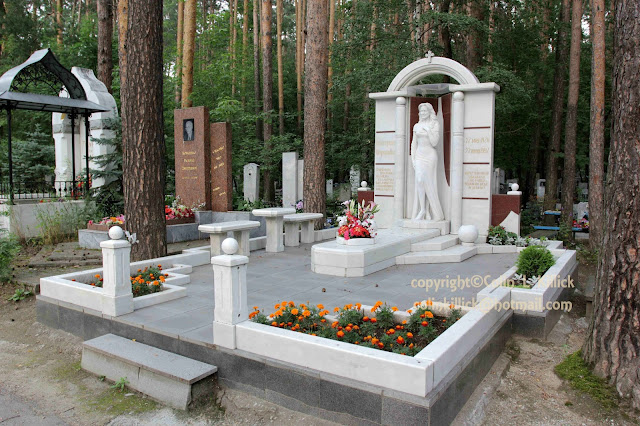