The other market at Izmaylovo

A couple of posts ago I wrote about the tacky (but interesting) tourist market at Izmaylovo, accessed from Partizanskaya Station. One stop along is an even more enjoyable market. It is, at any rate, more useful for an expat needing groceries rather than another couple of matryoshka dolls.

The train briefly emerges from its burrow after Patizanskaya and the next station - Izmaylovskaya - is one of the few above ground. On the southern side it adjoins Izmaylova Park. To the north are the ubiquitous towering and somewhat shabby Moscow apartment blocks. But also on this side, a couple of hundred metres east, is a shopping mall.

Unlike the glitzy mega-malls that have sprung up around Moscow, this humble place is more like an open air market moved indoors (speaking of open air markets, I am annoyed that our local weekend street market at Novoslobodskaya seems to have fallen victim to the city government's campaign to close them - it has disappeared since New Year). 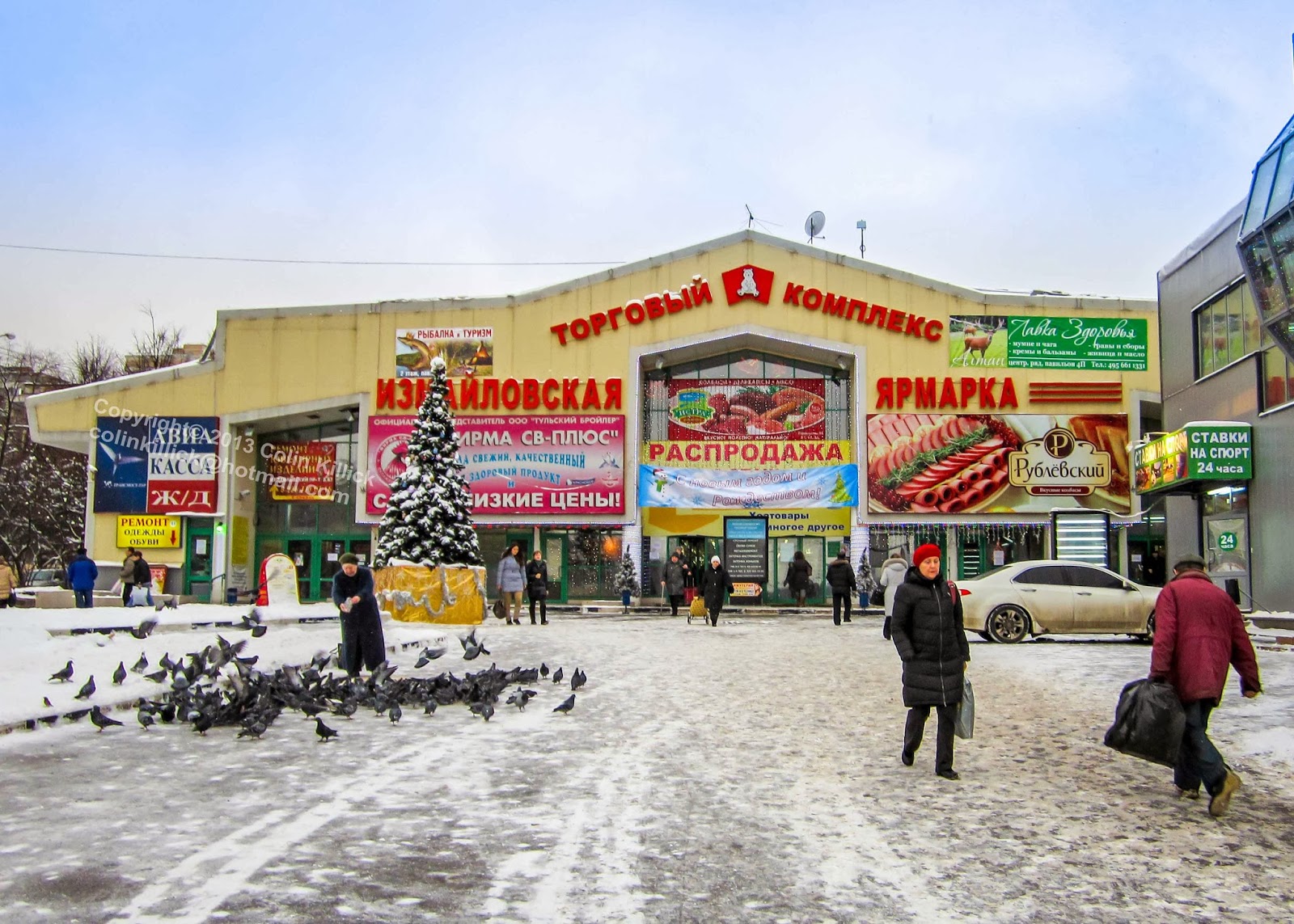 The lower floor consists of grocery stalls - you name it, they've got it (though not vegemite or ovaltine - that would be asking too much) - at very reasonable prices. It also smells of spice. Nice. 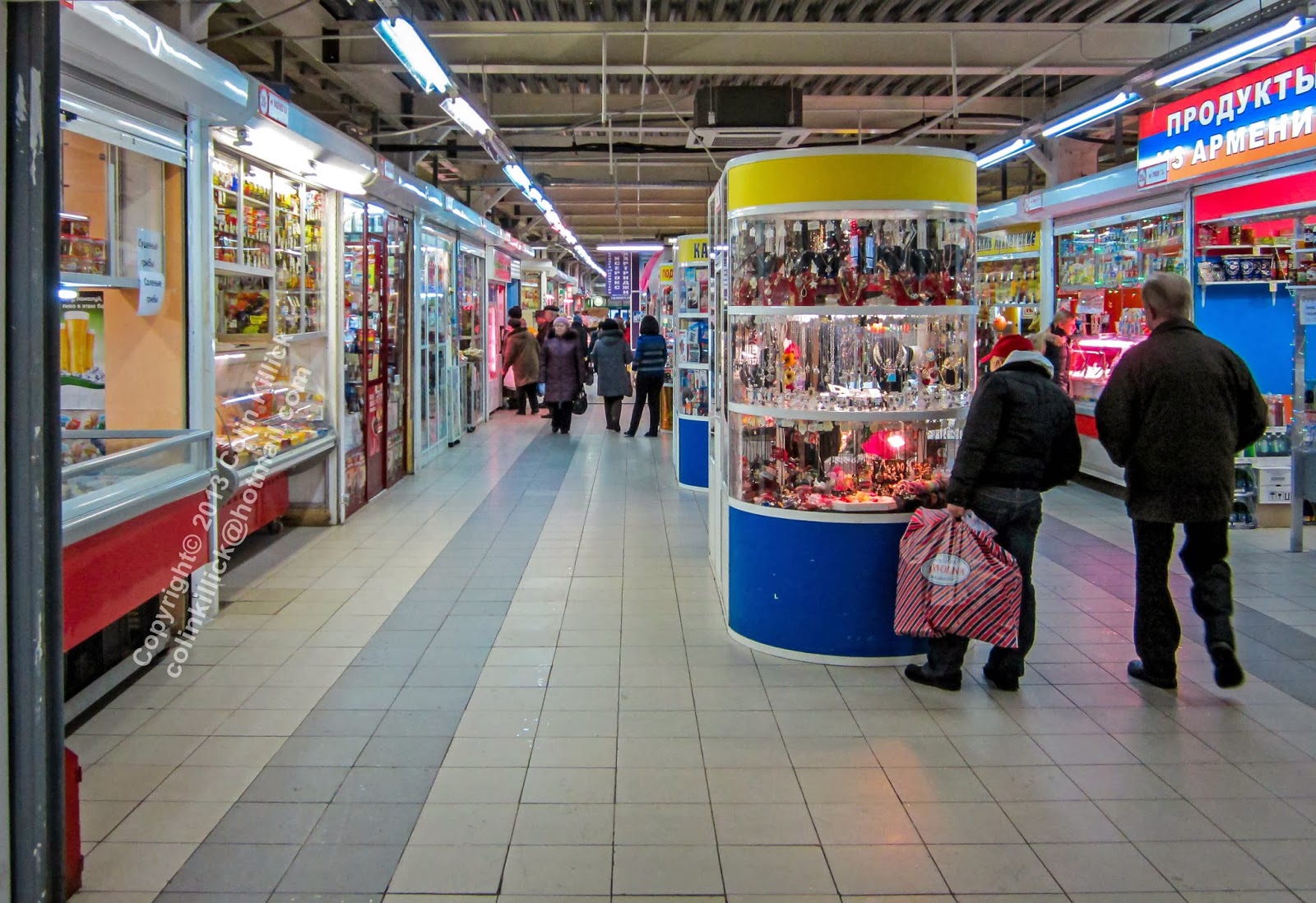 Upstairs is the clothing section. When we arrived my wife bought one of those full length down-filled coats popular with women here for 8000 roubles (about $250 Aus) - about 2/3rds the price in regular Moscow shops. If you are living in Moscow and haven't seen this place, its worth taking the train and a shopping bag for an afternoon out. 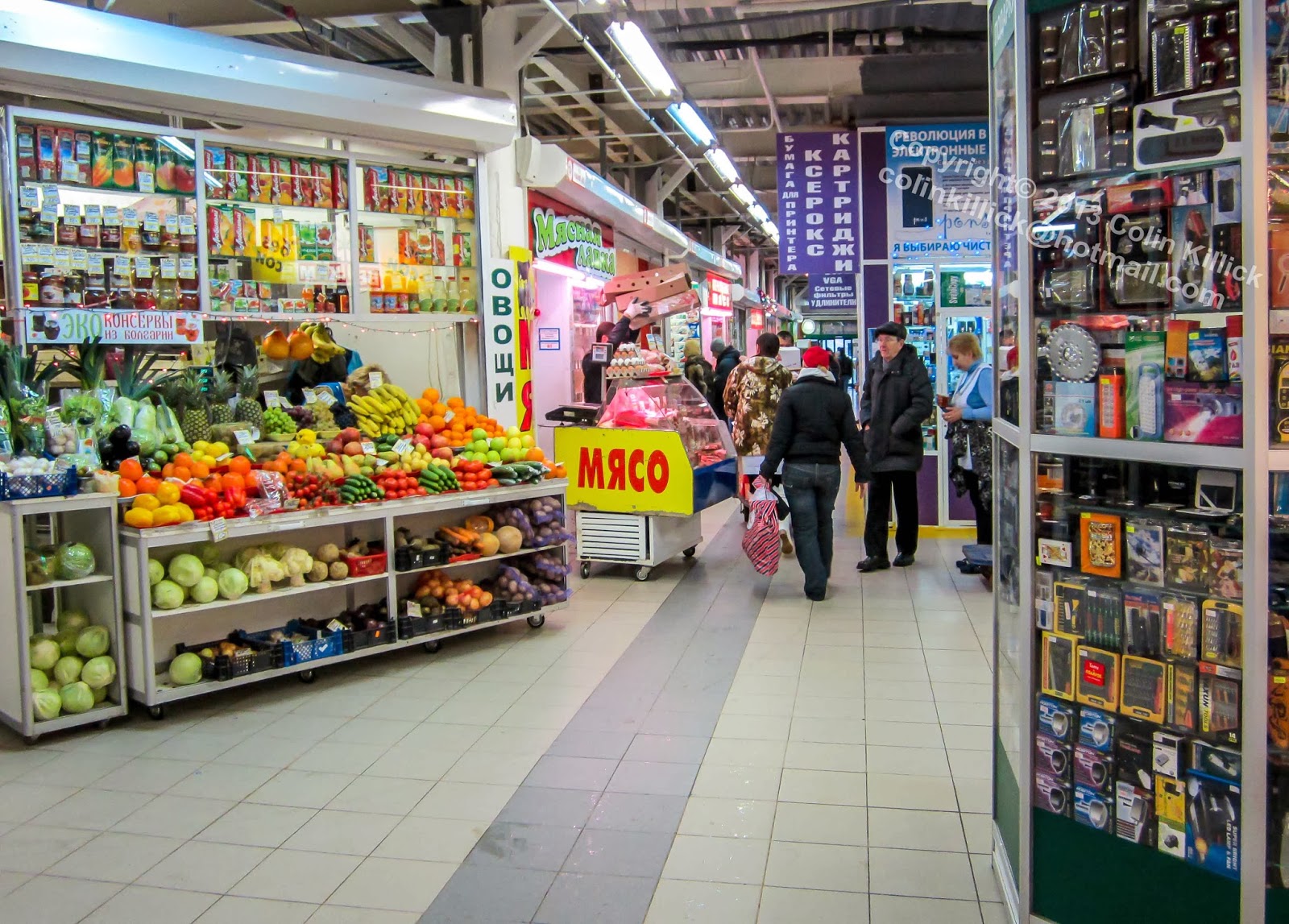 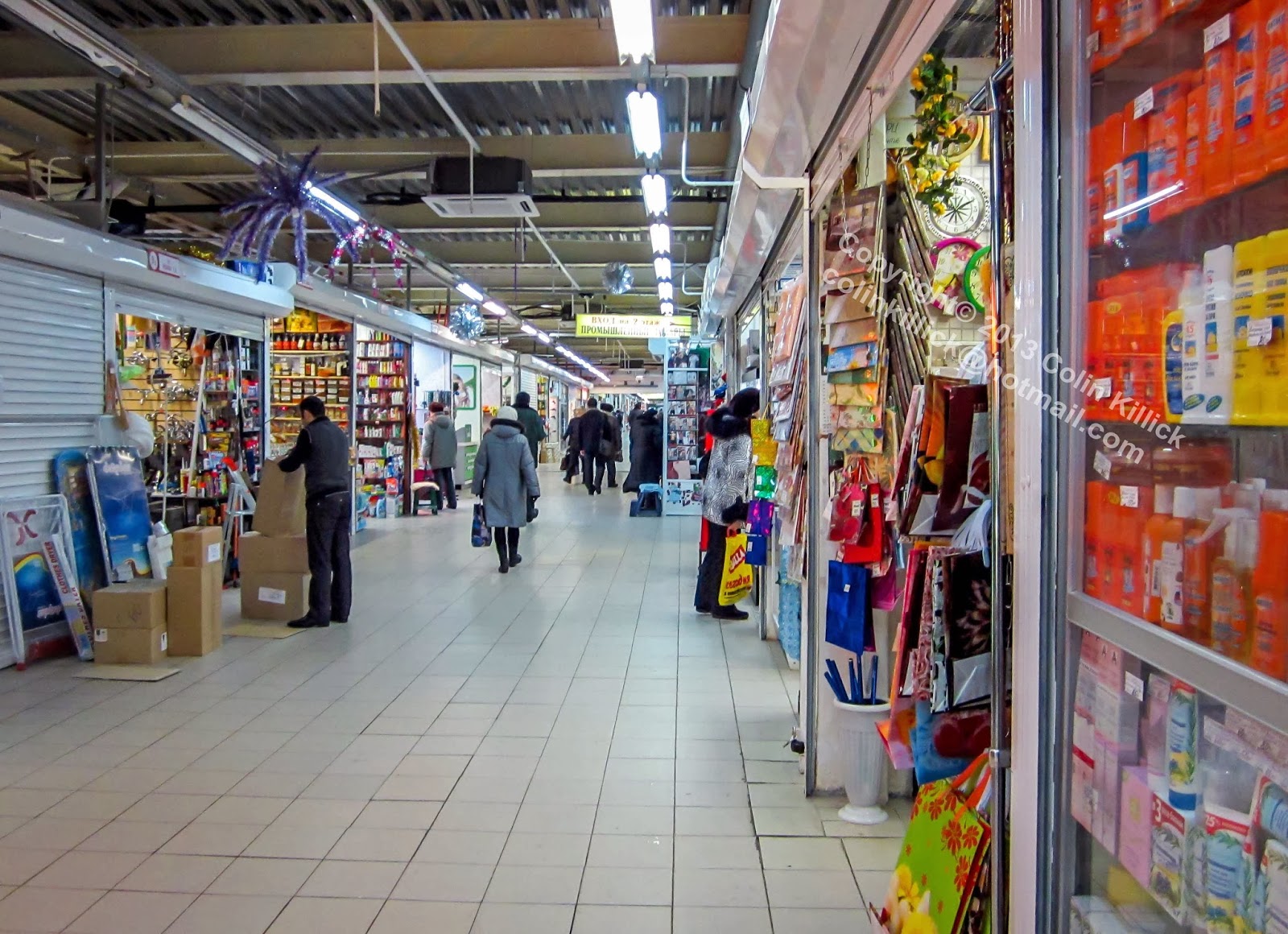 A short aside - it has become quite cold the past week or so, dropping down to about minus 15 to 20. Prior to that we had something of an extended autumn. I can tell when its getting really cold as the Moscow women stop wearing down coats and dust off their furs. Anti-fur activism has made no impact whatsoever here.