Before coming to Russia I read a short story by H P Lovecraft called ‘The Mountains of Madness’. In it he mentioned strange paintings by a man named Roerich. One of the great things about the internet is you can look up this sort of obscure and miscellaneous reference straight away, before you have forgotten about it.

I checked out a small collection of Roerich’s paintings soon after arriving in Moscow at the Museum of Oriental Art and had thought that was all there was on display in this city – many of his works being in the Nicholas Roerich Museum in New York. That is, until the other day when I was going through my guidebook looking for new places to go and realized that the Rerikh Museum in in the guidebook index was actually another transliteration of the more usual Roerich.

One could be forgiven for thinking Nicholas Roerich was the original New Age guy. Possessing a powerful intellect (he is said to have spoken 30 languages, whereas I can still barely manage to get a cappuccino with my Russian), he was an excellent artist; an explorer, spending much time on archaeological expeditions in the Himalayas; and something of a mystic.

Roerich was born in Saint Petersburg in 1874. Originally involved in post-Revolution arts, he rapidly grew disillusioned with the authoritarianism and repression of the Bolsheviks and emigrated to Finland. Soon after he moved to London, and then to the United States, where he lived in New York. Over several years in the 1920s and 30s he spent a considerable amount of time in Tibet, India and other parts of Asia. In 1929 he was nominated for the Nobel Peace Prize.

Today I visited this really quite excellent museum/gallery. If you ever intend opening a New Age shop in downtown San Francisco (maybe sell a few crystals and tarot cards), parts of this place might provide some helpful décor hints. 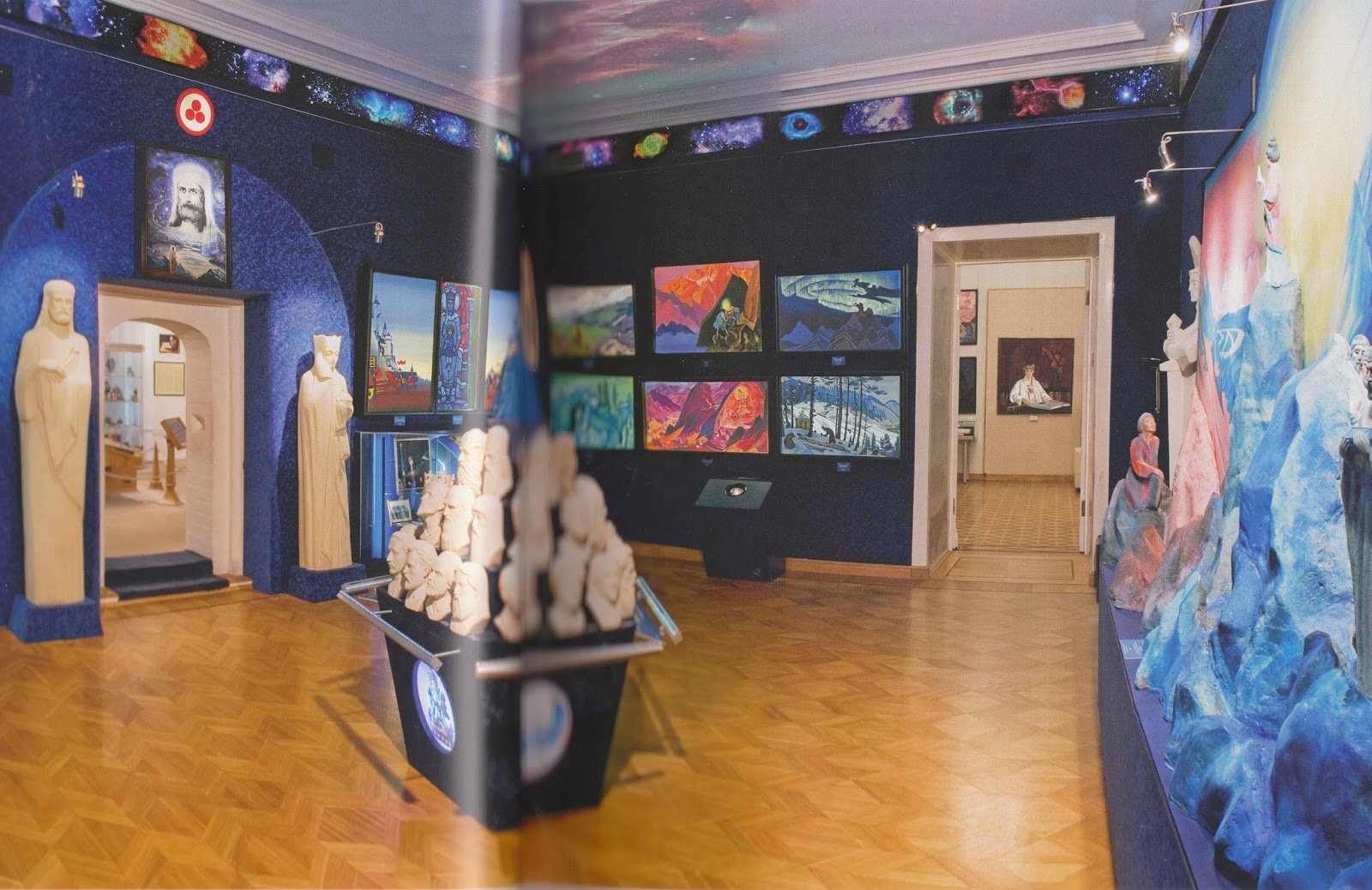 The museum is located not far from the Cathedral of Christ the Saviour, in Mylinki Znamensky. Take the Metro to Crackpotskaya (OK, it’s really Kropotkinskaya, but I'm not Roerich and I need some way of remembering these awkward Russian names). Please be aware that there are signs with maps on the main road outside the station which show the museum in the wrong location (it is not on Bolshoi Znamensky).

My apologies for the image quality today –they are scanned from a book and some prints I bought in the small museum shop. My only complaint (apart from the hefty 650 rouble admission fee) is that you are not allowed to take photos in the museum. Elderly ladies diligently watch to make darned sure you don’t. I was in the museum on my own and it was quite disconcerting to be followed from the entrance of a room to its exit, only to be met at the door by the guardian of the next room, and the next, and the next... 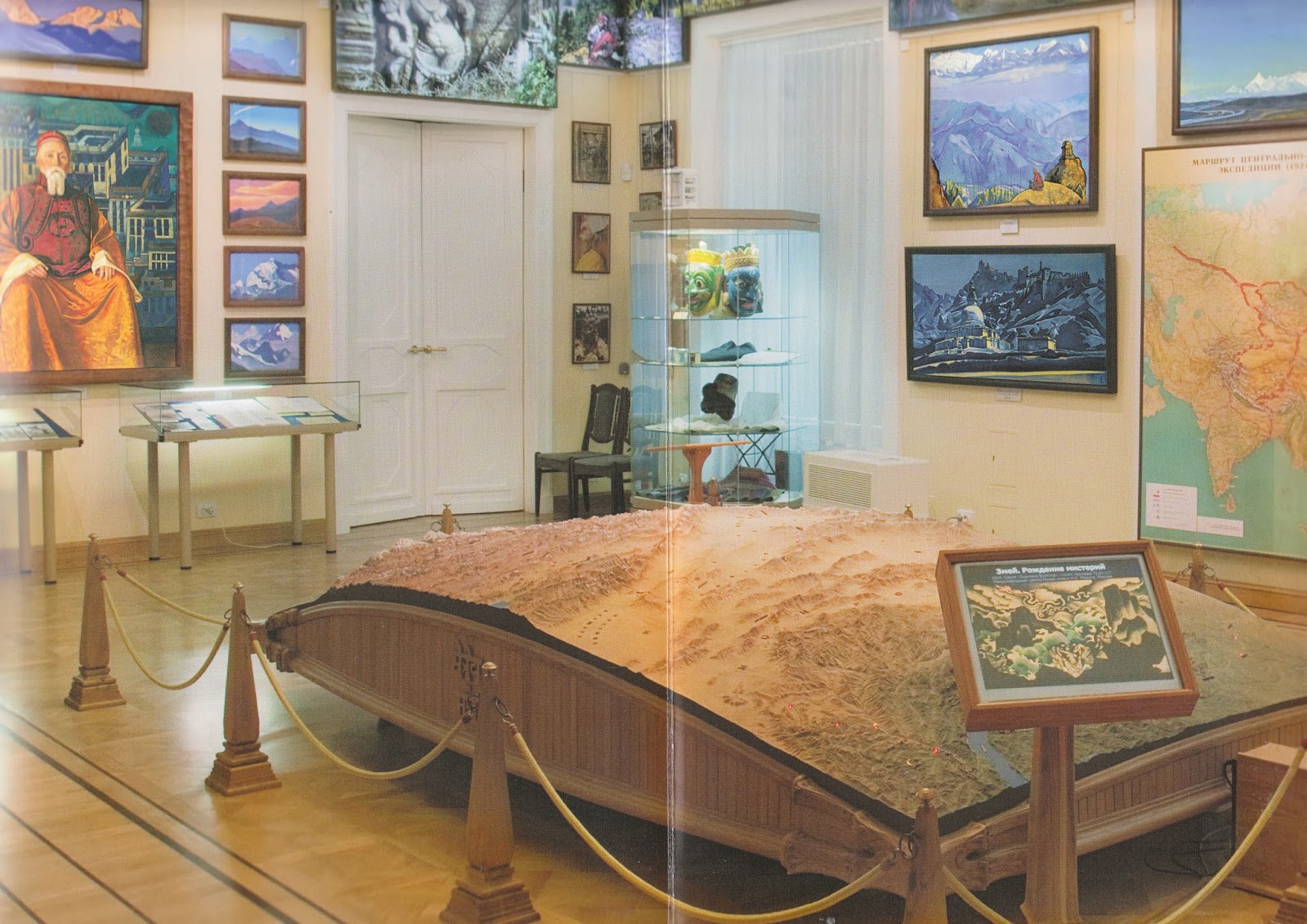 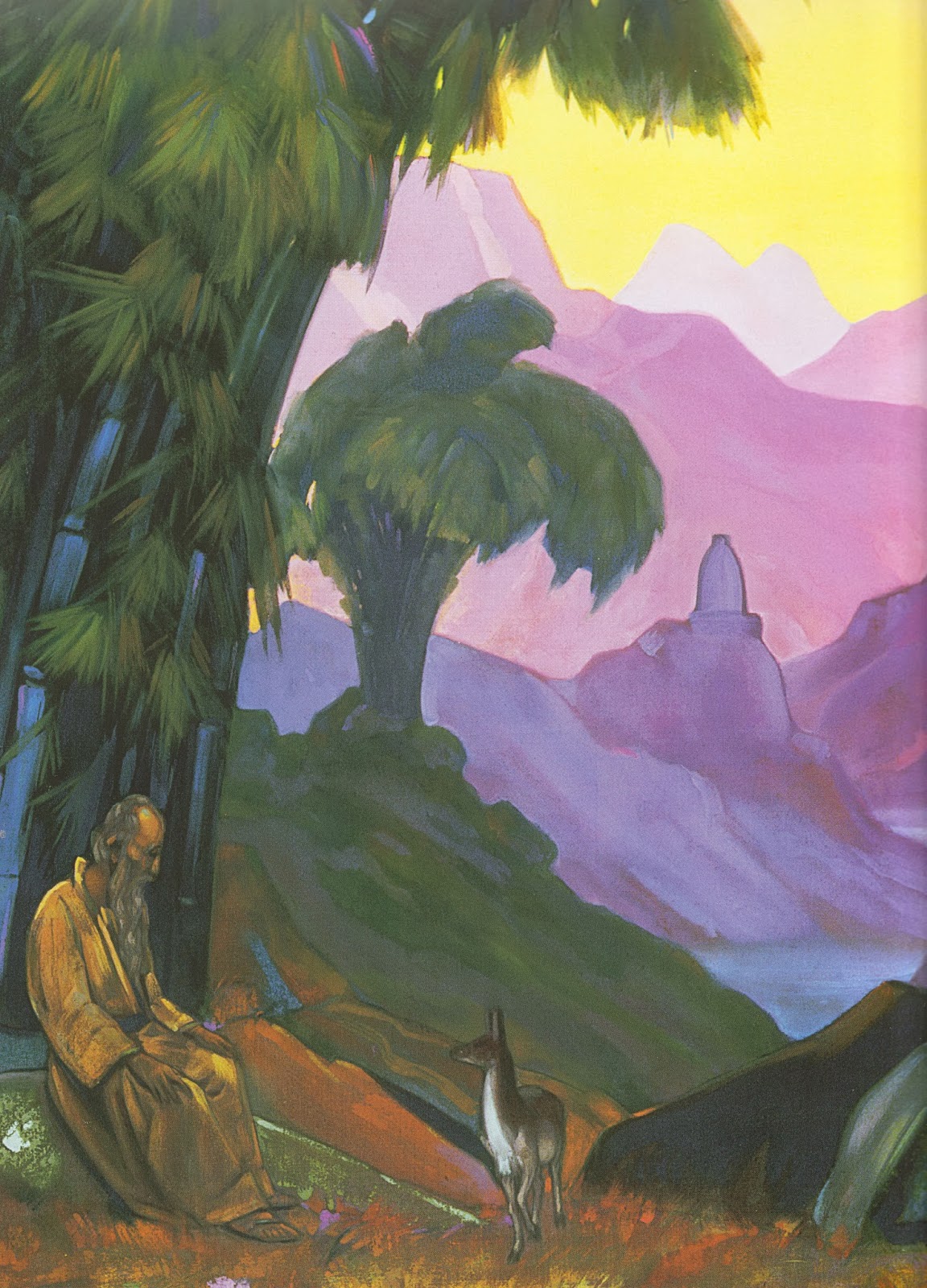 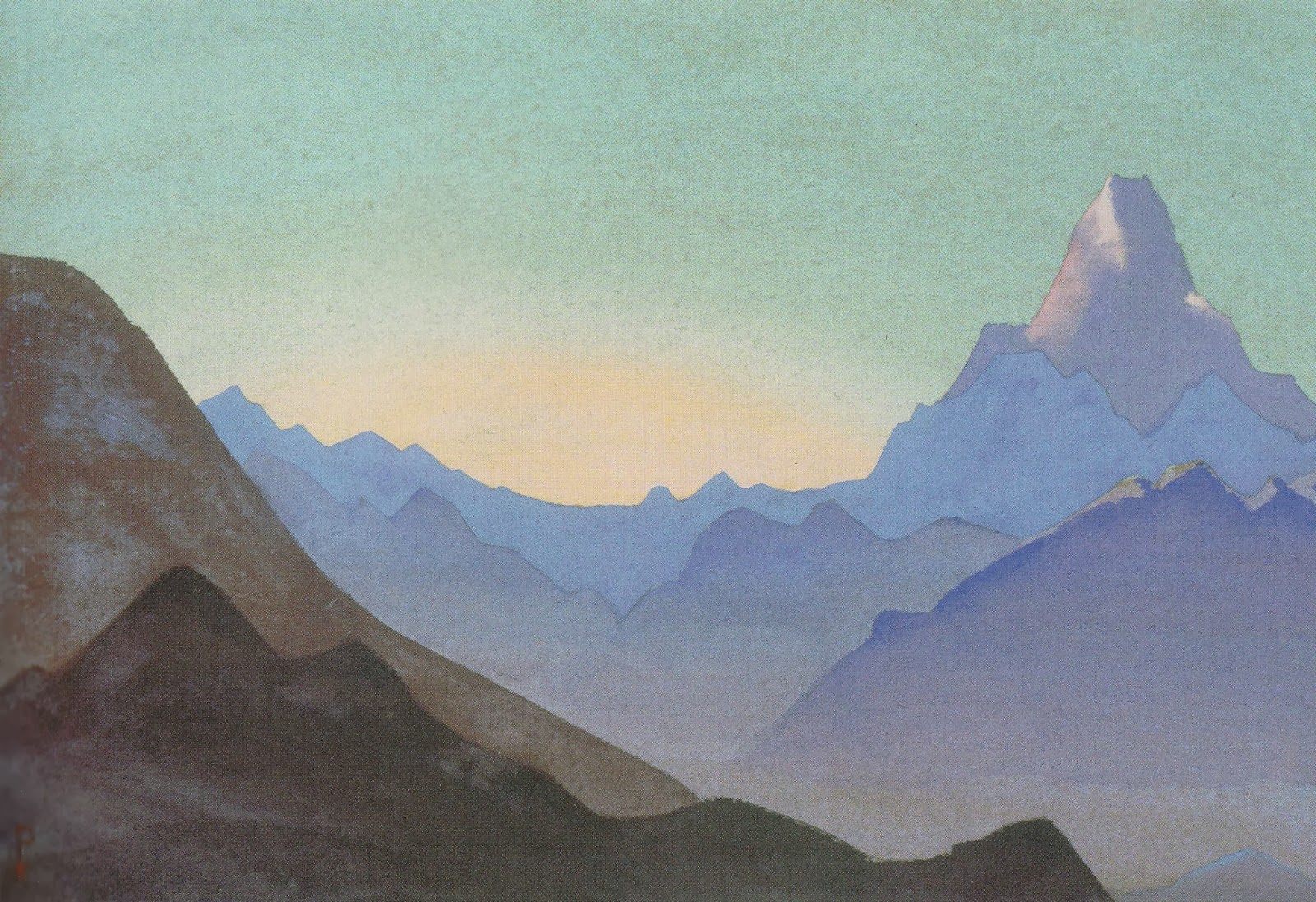 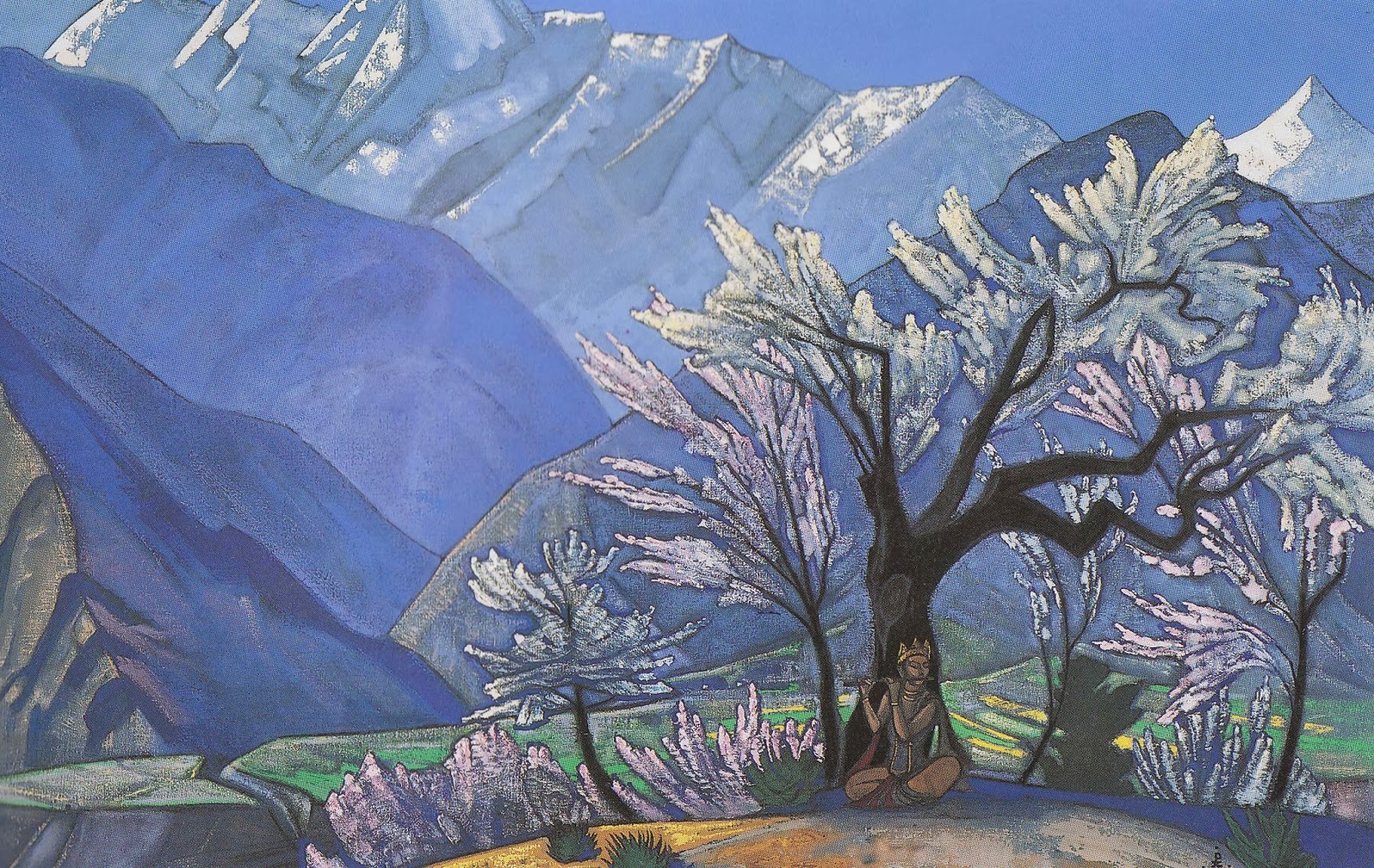