From our apartment we occasionally see accidents at the intersections along our street, such as the one below. I have been told that Russian road law requires the vehicles involved in an accident, however minor, not be moved until the scene is attended by the traffic police. The police, being very busy dealing with the mayhem on Moscow's roads, can take a while to arrive. This vehicle was in the middle of the intersection for 3 hours.

I'm a little surprised the Moscow authorities haven't sent some chap up to the top of the mast to attach a broomstick - that should be just about long enough to get 6th place back from the Freedom Tower.

After I told him he was looking at the 7th highest structure, a visitor recently remarked that it didn't look tall enough to be in the top 10 and I have to agree, I was also surprised when I found out. Maybe its the lack of bulk. 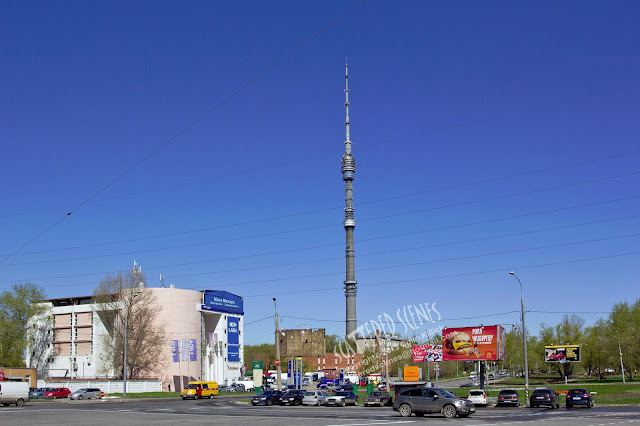 The interior of the tower was burnt out in a fire on 27 August 2000, which killed 3 people. Fortunately the fire broke out above the observation deck and restaurant, so most people were safely evacuated. This occurred soon after the Kursk submarine tragedy on 12 August, with which non-Russians are probably more familiar. Not a good month for Russia.

The observation deck is now open for guided groups, though there is no sign of the restaurant reappearing. 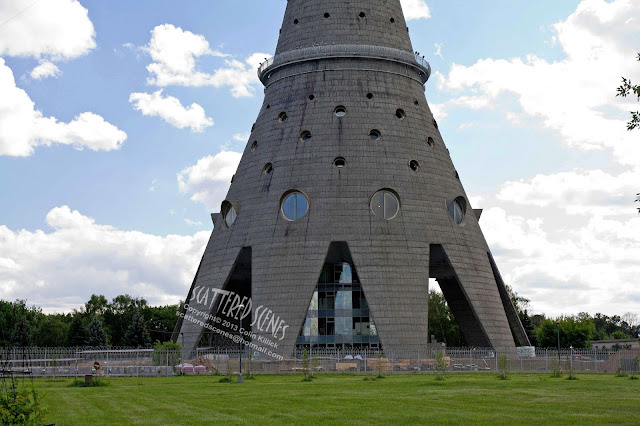 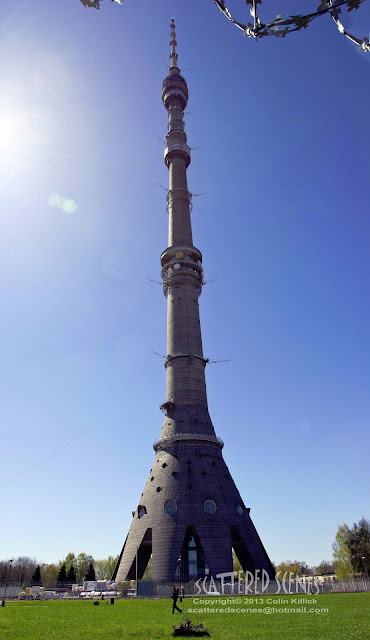