I haven't done a post about a metro station for a while.

I have chosen one of the newest - only opened in 2010 - Dostoevskaya. It is on the northern lime green line (number 10).

This is a beautiful station.

Dostoevskaya Station is decorated to celebrate the writings of that famous 19th century author, Fyodor Dostoevsky. Most often recognised as the producer of several enormous Russian novels that everyone feels they ought to read...some day...maybe...when I'm retired...


I have read 'Crime and Punishment'. Airing that achievement, along with the conquest of 'War and Peace', is sure to impress at parties. Any other academic achievements become quite incidental. I don't mention that 'The Idiot' defeated me after 300 pages. 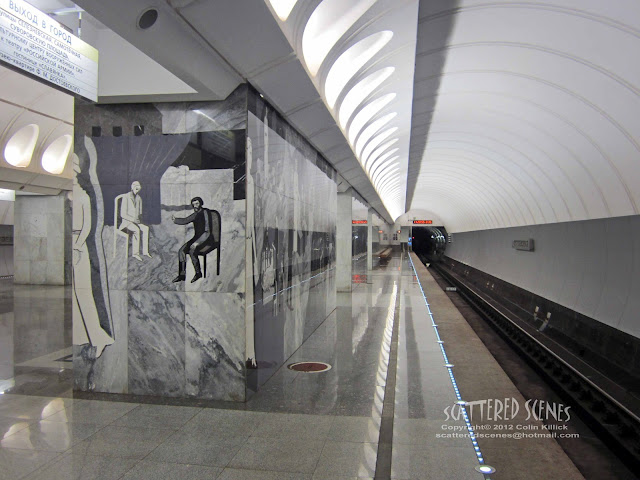