Walk west of the Kremlin along the Moscow River and it won’t be long before you encounter the 98 metre tall statue of Peter the Great. This chap was Tsar of Russia from 1682 to 1725 and spent quite a bit of time in Western Europe, where he liked to hang around shipyards. Until Peter's time, Russia, with its capital at Moscow, was very inward-looking. This seems to be a feature of Russian history - swinging from, on the one hand, engaging with and being a part of Europe to, on the other hand, becoming quite parochial, paranoid and self-absorbed. 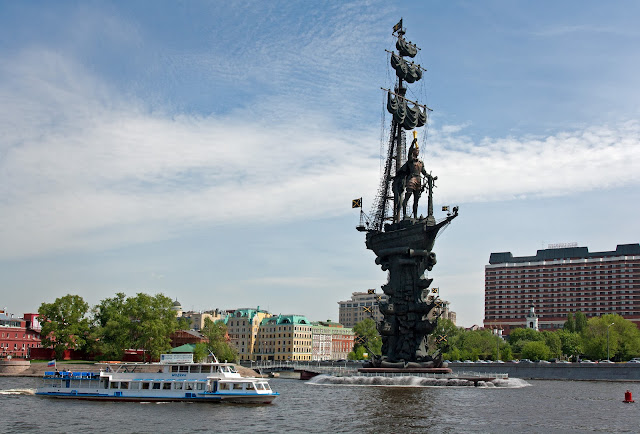 Popular legend has it that an earlier incarnation of this statue depicted Christopher Columbus and was to be a gift to the people of the USA, who didn’t want it. Perhaps the fact that it is twice the size of the Statue of Liberty had something to do with that. After the rejection, Christopher Columbus’ head was supposed to have been replaced with that of Peter the Great. I am sceptical of this yarn, but tall tale or true, the statue has nevertheless had something of a history of rejection.

The statue was designed by Zurab Tsereteli and erected in 1997 with the blessing of the Moscow Mayor at the time, Yury Luzhkov. It was immediately controversial, there reportedly being plots to blow it up. Hence the base is fenced off and guarded.

After Luzhkov’s term as Mayor expired, the statue was offered to the city of St Petersburg, who also didn’t want it (St Petersburg Times, 8 Oct 2010).

Peter the Great didn’t particularly like Moscow and moved the capital to St Petersburg. This may, in part, explain the statue's unpopularity with many Muscovites. In St Petersburg, Peter the Great had Russia’s first navy built - the statue is actually called ‘300 years of the Russian Fleet’ and was built to commemorate this event.

Ironic. A huge statue of a guy erected in a city he didn’t like rejected when offered to the city he founded.

I wouldn’t like to see a statue like this in Sydney Harbour. The design is a bit wacky for my taste, as are the odd proportions, with a huge Peter standing on a pile of ships. Still, it is striking and a good conversation piece. 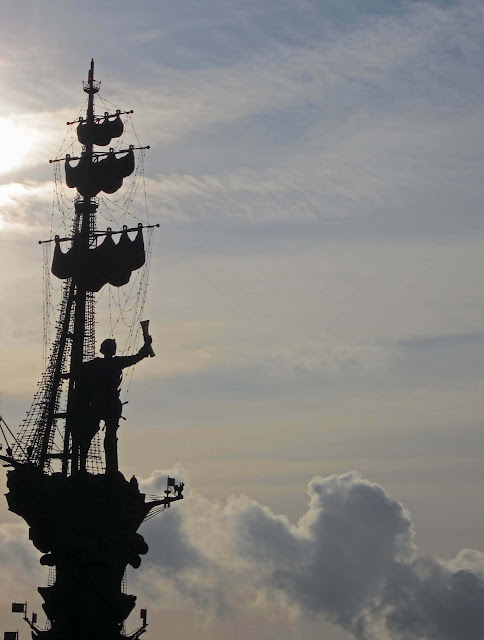 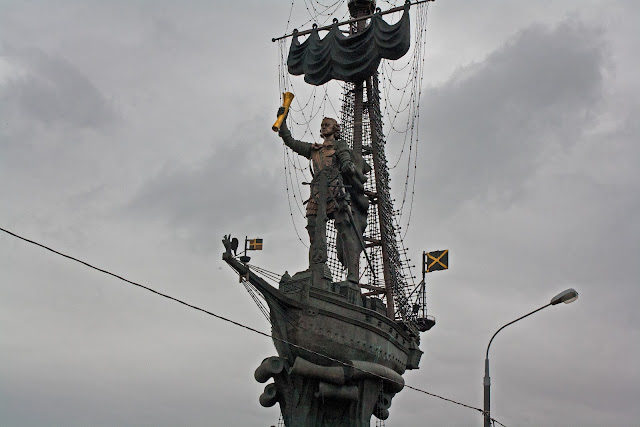