With just a few days before we head home to Australia and much to do, this really will be my final post on this blog.

I have given much thought about how to finish.

It would be easy to end with a commentary about the deterioration in the relationship of my own country (and many others) with Russia over the past three years. However, not all Russians are comfortable with what is going on. When MH17 was shot down, flowers appeared at the gate of the Australian embassy with a note of apology. When one speaks to Russians as individuals, some reveal disquiet and fear about the isolation of Russia resulting from current antagonistic foreign policies. As someone said to me the other day, many ordinary Russians don’t want this, they just want to be left in peace.

So I have decided to end with just an ordinary post.

Rummaging through my photographs, I find there is an interesting structure I haven’t covered – the Zhivopsny Bridge. This striking bright red arch in the north west of Moscow is visible in the distance from several locations in the city, but was not mentioned in any guidebooks. So I had to hunt it down on Google Earth.

Getting to it requires taking the metro on the purple line to Shukinskaya, then a number 23 or 28 tram south to the tram terminus, followed by a 10 minute walk west. A bit off the beaten track, so if you are a short stay day tourist you might want to content yourself with just looking at the photographs, unless you happen to be a bridge enthusiast.

Wikipedia provides a little information. Opened in 2007, it is the highest cable-stayed bridge in Europe. The structure suspended from the top of the arch is not an alien spacecraft that crashed into the bridge, but was to have been a restaurant. The restaurant was never opened to due fire safety concerns and a lack of interested investment. The bridge crosses the Moscow River at quite an acute angle to minimise its impact on the protected forest park of Serebryany Bar Island. 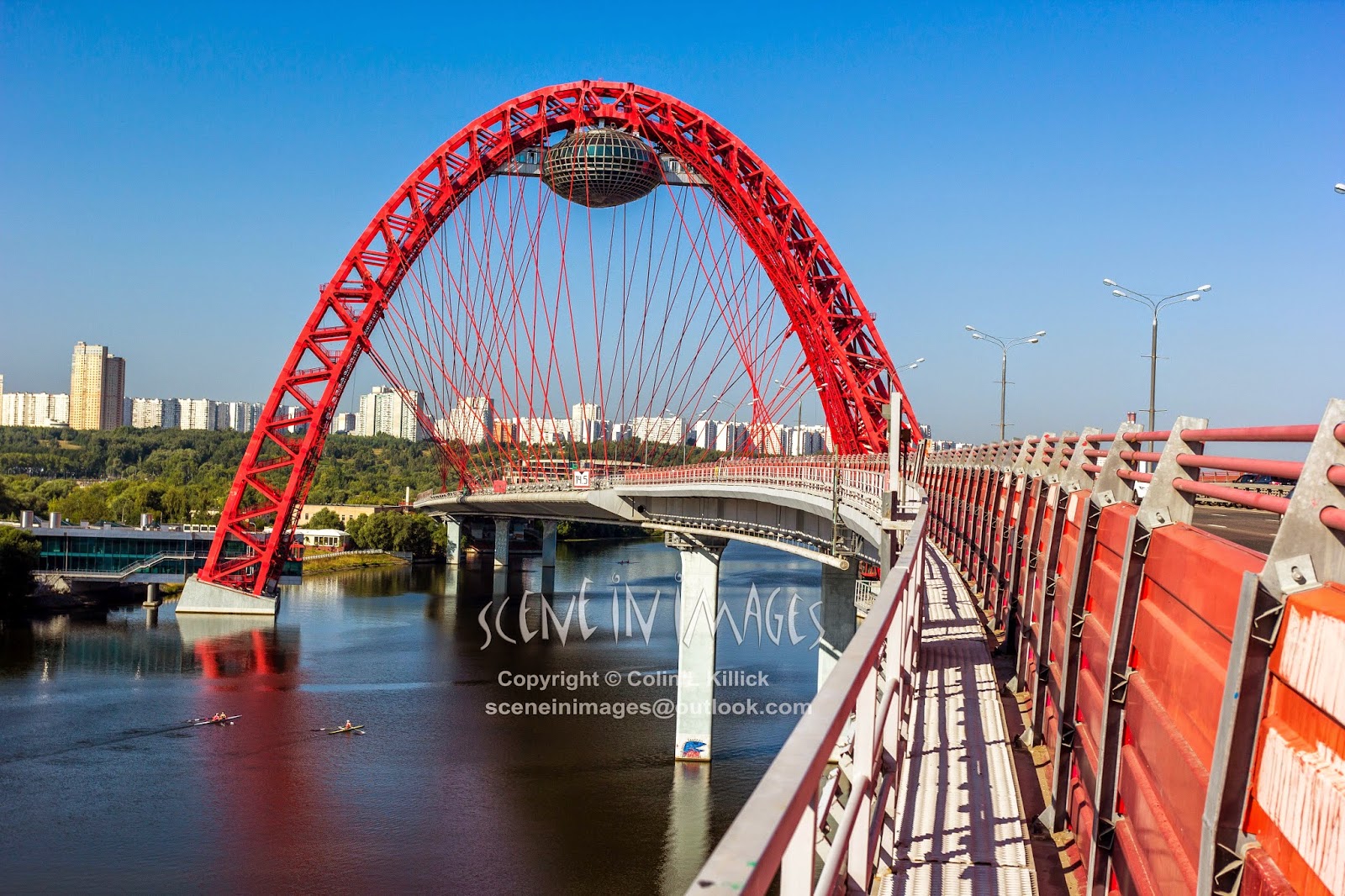 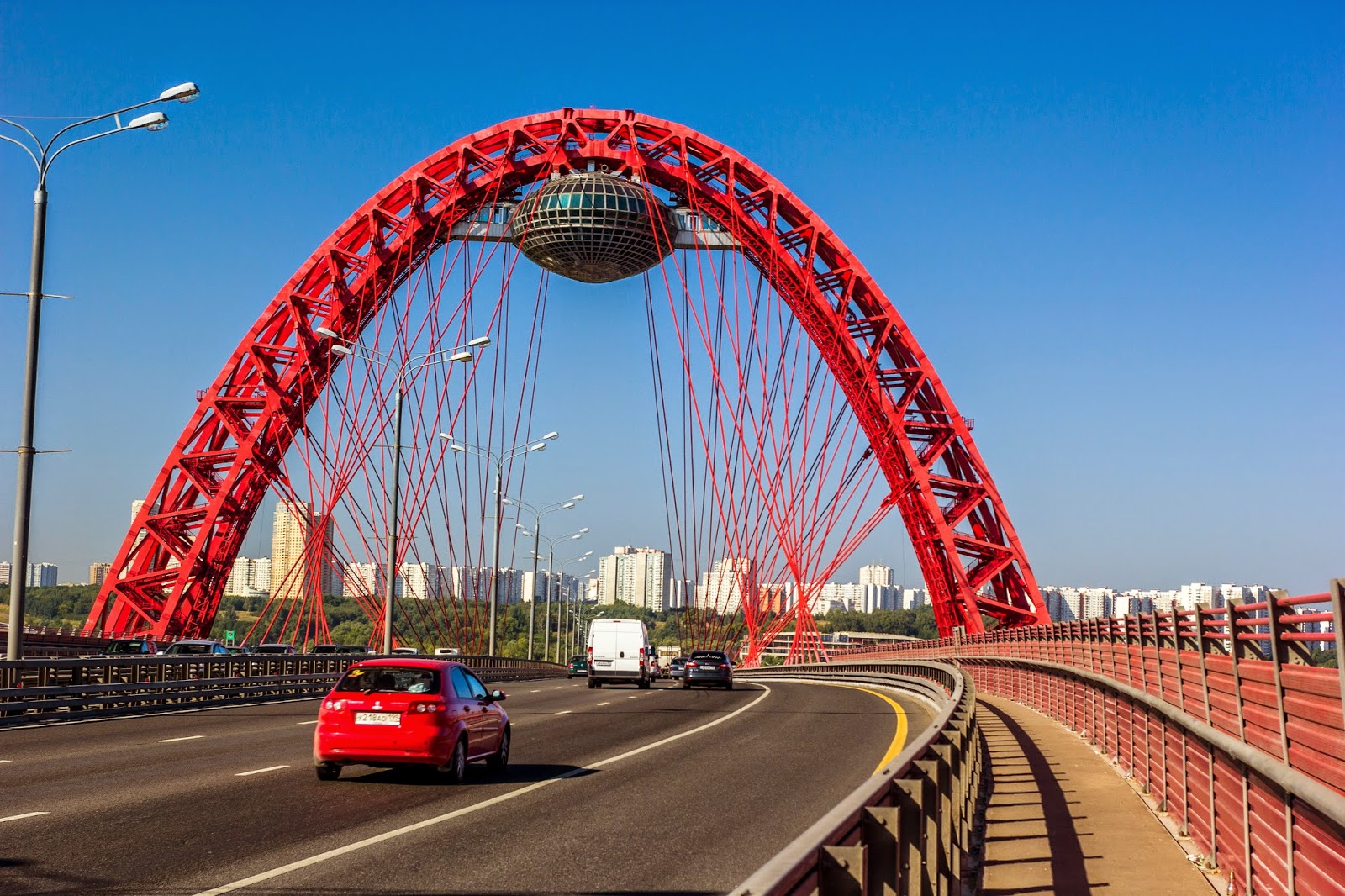 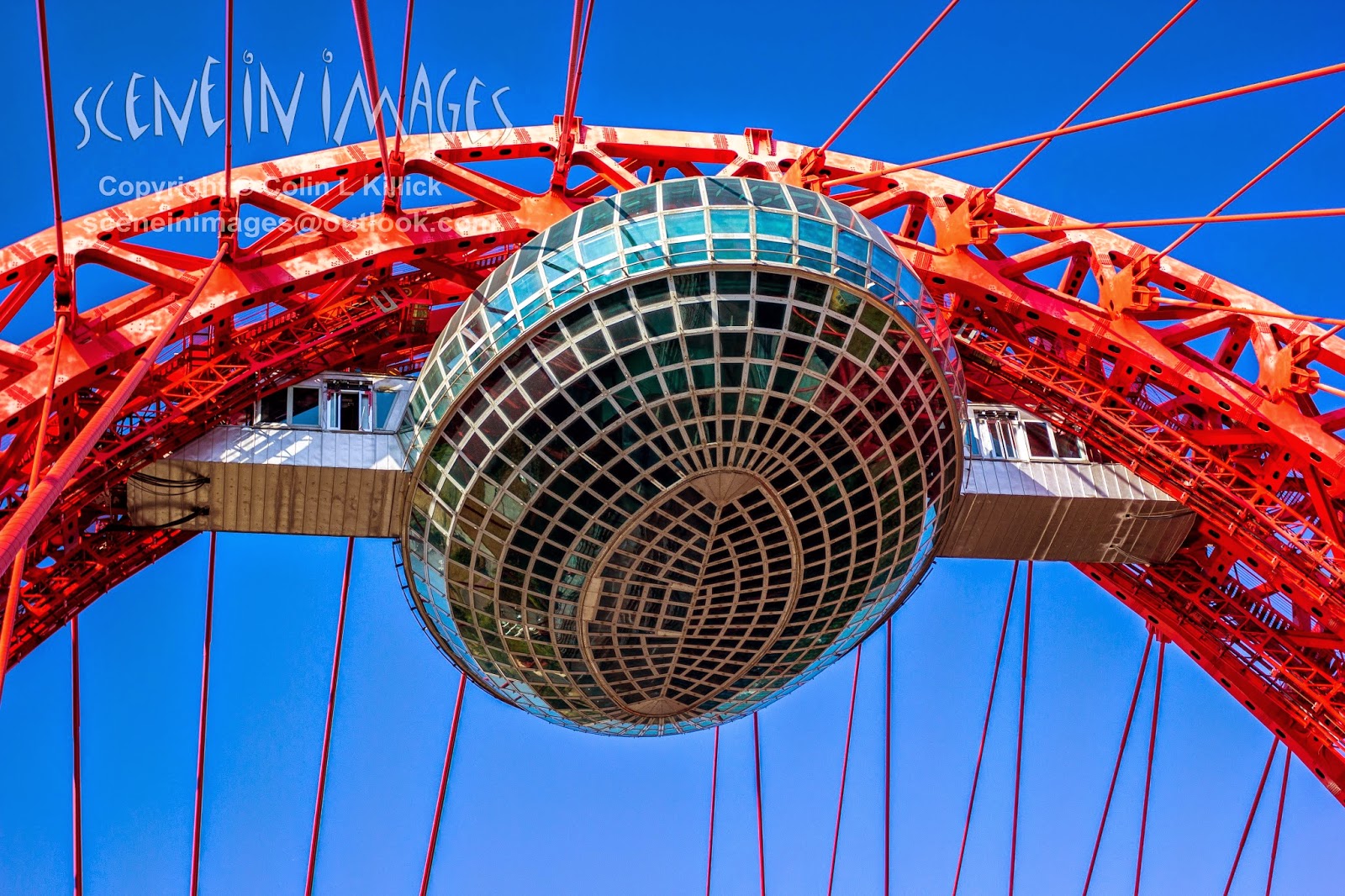 And with that, I will wind up this blog.

Wendy and I are moving to Melbourne, her home city. This will be a new experience for me. Sydney, where I grew up and have spent much of my life, has had a good-natured rivalry with her southern sister almost since the day Melbourne was founded by John Batman in 1835 (I kid you not – Batman founded Melbourne!). I will be blogging my impressions of Melbourne, hopefully without too much Sydney bias. You can find a link on this page.

Ciao
Posted by Colin Killick at 17:34