As I have picked up my pen again, and with less than 5 weeks to go before we return to Australia, I am inclined now to write a few posts about places of interest in Moscow that I had intended to cover earlier.

An inch of snow settled on Saturday. It is -4 degrees C and snowing again today. And still only October. Returning to an Australian summer next month is sounding pretty good.

First, though, some people have asked whether anything has changed for us here with the sanctions and other Ukraine related goings-on. Short answer – no.

The supermarkets are still well-stocked, though the produce is, understandably, oriented to Russian tastes, which don’t always align with ours. Muscovites have, for example, a preference for root vegetables and red meat - it has not always been easy to find green, leafy vegetables.

There has been no overt hostility to us as English-speakers and nobody has singled us out for targeted rudeness.

So, from an expat’s day-to-day perspective, I wouldn’t have realised there were any sanctions in place had I not known from watching the news and seeing the rouble’s exchange rate steadily drop on the ubiquitous neon signs around the city.

In fact, an observer could be forgiven for becoming a tad confused about Russia's economy. I took the Metro out to the Crocus City Mall today ( see earlier post dated 21 July 2012) and was surprised to find this very fashionable mall has been massively extended. Included in the new section are a skating rink themed on New York's Rockefeller Centre and an indoor 'Times Square'. Someone's obviously got some $ (sorry, roubles) and for a nation always squabbling with the USA, more than a few Muscovites seem to retain a fascination with things American.

On to the topic of the post - Old Arbat features in every tourist guide book about Moscow. It is possibly the most famous street in Moscow and was once inhabited by the nouveau riche, nobility and various bohemian and artistic folk. Wonderful buildings. It is now a long pedestrian mall a couple of kilometres to the west of the Kremlin.

However, as a tourist magnet, Old Arbat has become a long strip of expensive souvenir shops, cafes and stalls. It is also often over-crowded in good weather. Which doesn’t mean it’s still not worth visiting – but if time is an issue I would instead recommend a stroll around the beautiful pedestrian streets closer to Red Square – such as Kuznyetskiy Most, Nikolskaya Ulitsa and Kamergersky Pereulok. The architecture in these is just as stunning – if not more so. 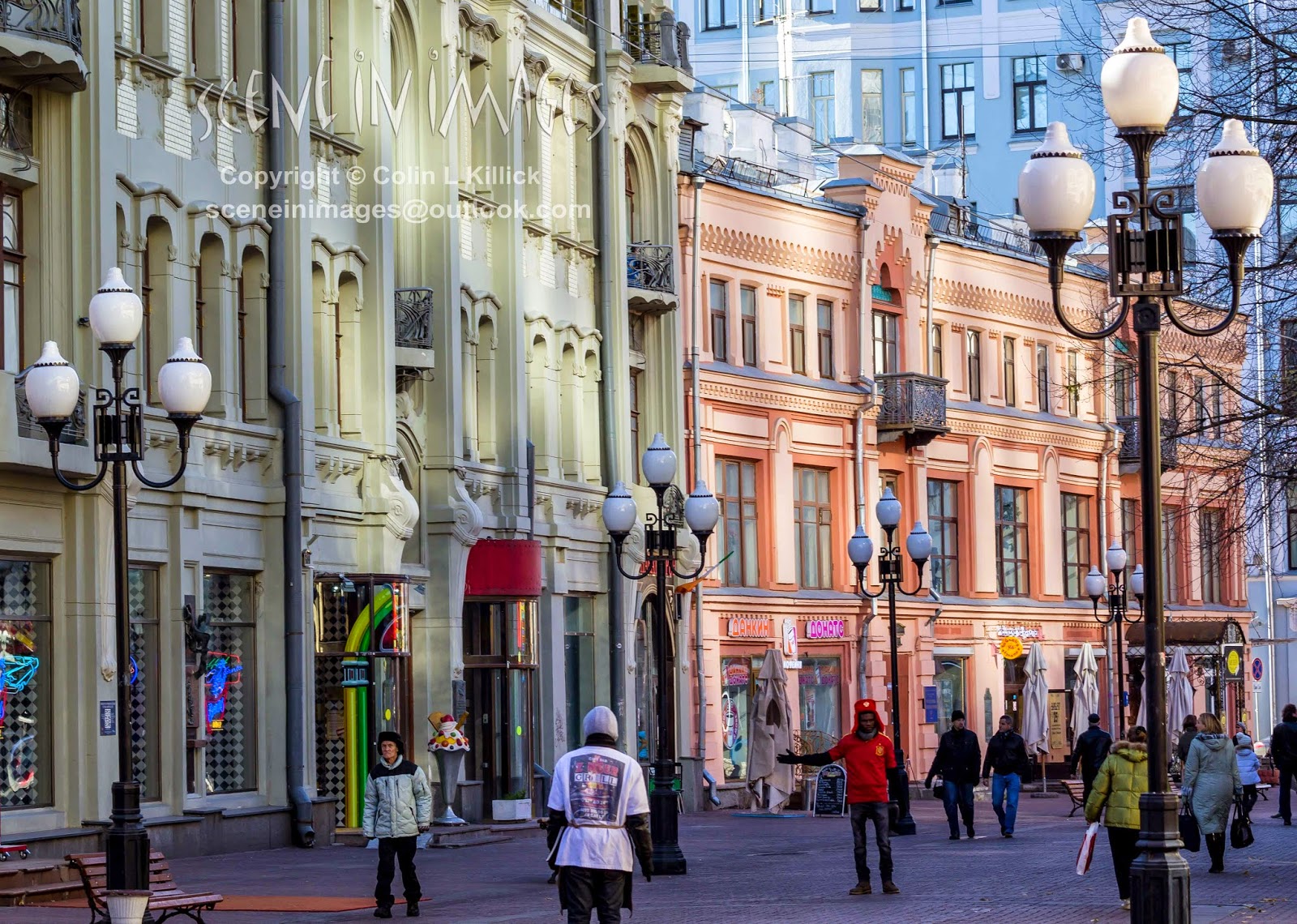