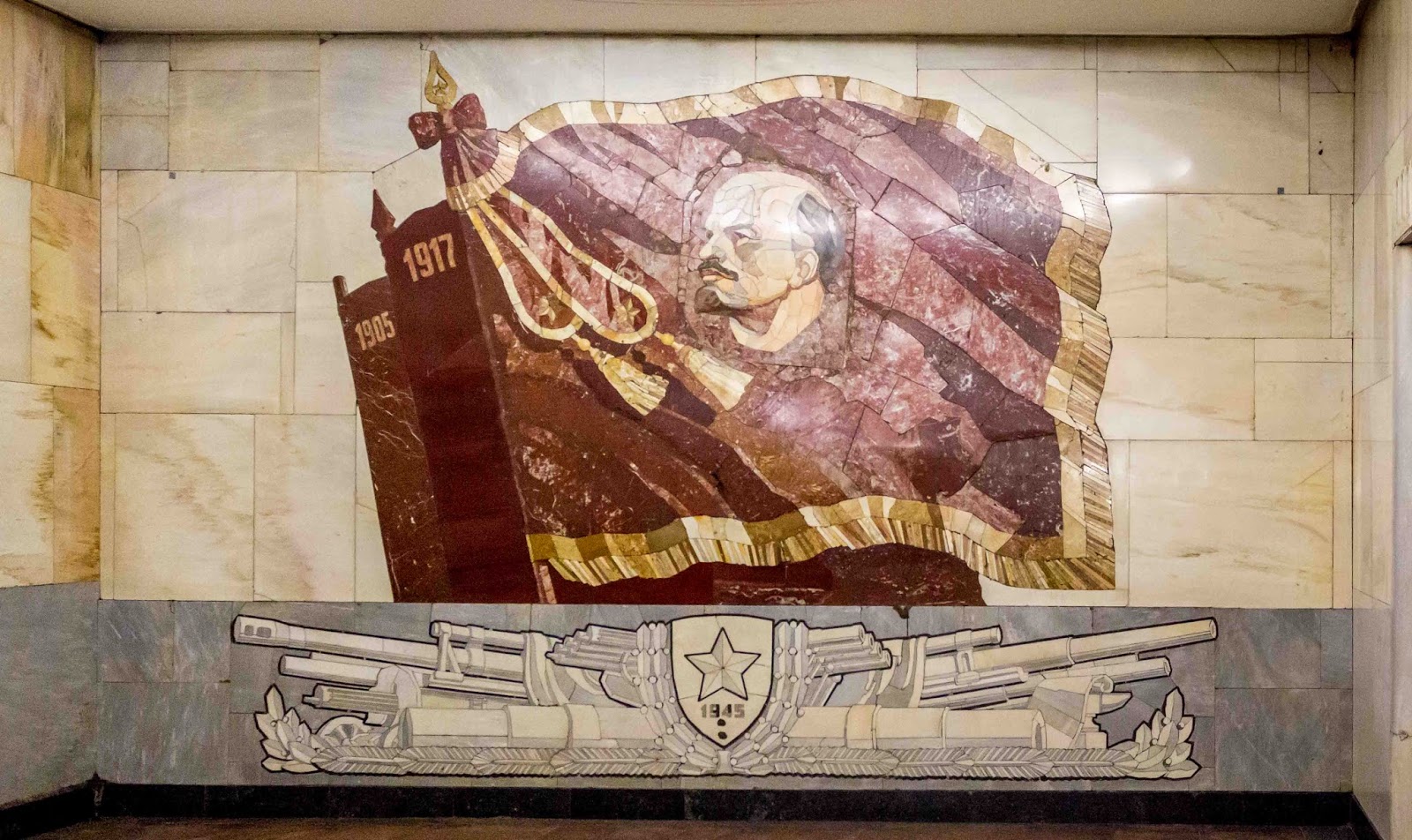 It’s been ages since I had a look at a metro station.

Before I start I’ll have a metro station related gripe. Today someone trod on my foot - hard. The treading on the foot didn’t bother me, that happens in busy metro stations, what irked was that the culprit (who knew he’d done it) didn’t apologise. There is a word in Russian for sorry, ‘Izveneety’, but in over two years I haven’t heard it. Not once. I wasted my time learning it.

When you know Russians, they are perfectly lovely people; but if they don’t know you, you don’t exist – and are treated accordingly. So if you come to Moscow on holidays do not expect all the social courtesies one finds in Western Europe, and don’t take it personally – that’s just how things are done here.

OK, now on to something more positive. Baumanskaya metro station. If you have enjoyed gawking at the statues in Ploschad Revolutsi metro station, it’s worth hoping on the train and going two stops to Baumanskaya, where you’ll find some more. There’s also a mosaic portrait of Lenin. The station was completed in 1944, which surprised me a little as I thought the Russians might be a bit too otherwise preoccupied to be building metro stations.

Nikolai Bauman, I read on Wikipedia, was a comrade of Lenin’s in the early days who ran foul of the authorities in 1905 and was beaten to death while in custody, thus becoming something of a martyr to the Bolshevik cause.

It’s worth getting out of the station and having a wander around as there is a beautiful cathedral in the neighbourhood – Yelokovo Cathedral.