All expats, and many tourists, find their way to this flea/craft/art market. We have been there many times.

I’ve not been able to find much about its history. Apparently an art market started here in the 17th century. I have no idea how it fared during the Soviet years.

We always bring visitors here and it can be hard to drag them away.

Think of a Russian souvenir and you can pick it up at Izmaylovo, and generally at better prices than the souvenir shops in the city. The stall holders often speak some English and are open to bargaining – some more than others. Your best bet is to buy several of something and ask for a bulk discount.

This is about the only place expats can pick up English language movies on DVD – pirated – they make no pretense – the disks often don’t have any label at all. Of course, I wouldn’t buy such a thing...the mere thought...tsk tsk.

Catch the metro to Partisanskaya station (which is also worth seeing) on the dark blue line number 3 from Ploschad Revolutsi (which is near Red Square). When exiting Partisanskaya turn left and follow the trail of people about 500 metres towards what looks like a Russian theme village. There’s a gold coin entry of 10 roubles (I think you can manage 30 cents). 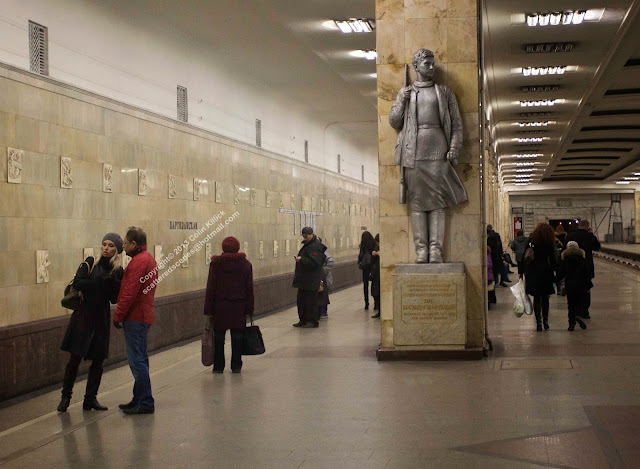 Best to come on the weekends. Not all the stalls are open during the week. Wednesday, in particular, is not good as this is when many stall holders visit their wholesalers and much is closed.