Happy New Year and I hope you all had a great Christmas. We spent ours in Germany, love their Christmas markets. Same grey skies as Moscow, though 10 degrees warmer (zero instead of minus 10).

Like most young boys, as a kid I was interested in dinosaurs. Unlike most young boys my hero was not Batman or Superman, but a real guy – a palaeontologist named Roy Chapman Andrews. There is a suggestion that this chap may have provided some inspiration for the creation of Indiana Jones. Look him up.

I let this interest influence my direction in life to an extent and ended up doing a Ph.D in geology. During my studies I realised that the fate of most palaeontologists was not digging up dinosaur bones (which is, itself, actually quite tedious), but rather to peer into a microscope looking at foraminifera for oil companies. Ho hum. So I eventually ended up spending 25 years with the NSW National Parks and Wildlife Service. Much more exciting.

The point to this ramble is that I never lost my interest in dinosaurs and things fossilised. If I have time I usually seek the natural history museum in the city I am visiting and check out its collection. I’ve seen a lot of them - and Moscow has the best. Even the famed American Museum of Natural History in New York doesn’t quite match it.

An entire building is devoted to displaying this wonderful collection. It’s a little out of town – take the yellow line (6) south to Teply Stan, then walk north east about 400 metres along Profsoyuznaya until you see the building depicted in the photo below. 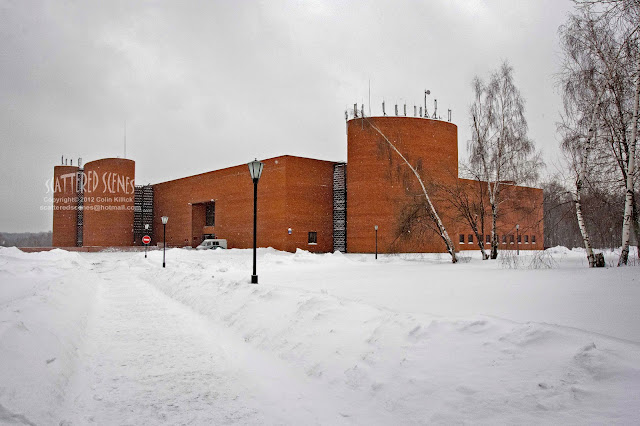 My only complaint is that almost all the information is in Russian. Hardly surprising, though, as I can’t imagine this museum is a must-see for the average tourist with a couple of days in Moscow. But if you are here for longer, this museum is worth a look - especially if you are stuck for something to do with the kids one snowy afternoon.