Nothing says one is in a foreign land quite like an exotic alphabet. With its inverted letters and strange symbols, Russian Cyrillic script gives a touch of romance to the most mundane streetscape.

The script was originally conceived and promoted by followers of Cyril (hence Cyrillic) and Methodius. These two 9th century Byzantine brothers became Christian missionaries to the Slavic people in what is now the region around Bulgaria.

A knowledge of Cyrillic, even without understanding a word of Russian, is very helpful in Moscow. Many words common to English (and other Western European languages) are used on Russian signs. In Cyrillic, they may at first appear indecipherable. Learn how to pronounce the letters, though, and quite a lot of information about one’s surroundings can be picked while up strolling the street.

The following photo was taken in Tverskaya. Even without knowing Cyrillic you can probably guess that the green sign belongs to a Starbucks (there are a lot of Starbucks’ cafes in Moscow). If I also tell you C is pronounced S; P is R;  Ƃ is B; and ɸ is F, then you can work out for yourself that CTAPƂAKC KOɸE is pronounced, yes, ‘Starbuck’s Coffee’ (said with a Russian accent, of course).

Also take a look at the red sign above Starbucks. On the left is the word PECTOPAH. It is not pronounced as it looks! Already knowing P sounds like R, if I also tell you that H sounds as N, then the word becomes ‘Restauran’. Also notice the word ΠEKИHCKAЯ. Π is P; И is EE; and Я is YA. So it is pronounced PEKEENSKAYA. From this you could correctly conclude that it is a Chinese restaurant (assuming you hadn’t already worked it out from the external décor) and get a meal. 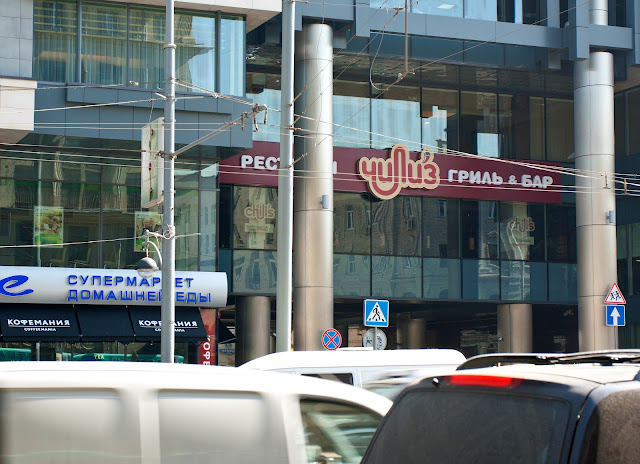 Here’s another photo taken nearby. With the letters already provided previously, plus my telling you that Y is pronounced OO (and that a K is obscured by the lamppost), it’s easy to work out that the blue sign indicates a supermarket. If I also add that Г is G; an inverted V is pronounced L; and that you can ignore the little b symbol; then you’ll be able to find your way to a Grill & Bar.

The next photo is a Cyrillicised French word. The inverted half-moon is actually meant to be an inverted V (the half-moon shape is for advertising effect I guess). The word is L’Etoille. The Star. If I give you Ю = YOO, together with the information I’ve provided previously you can work out for yourself from the other words in the photo what is sold at L’Etoille (assuming you don’t already know this chain). 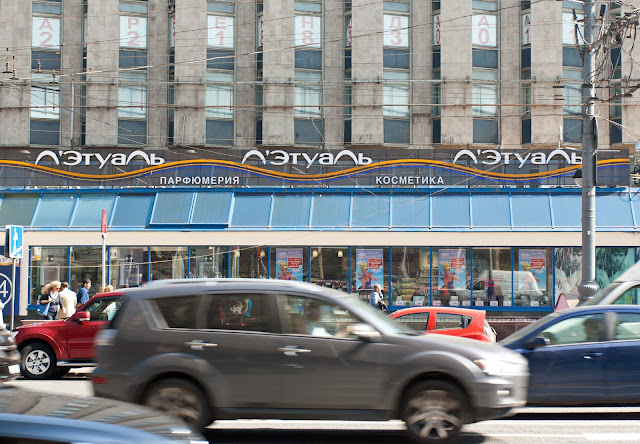 Finally, here are a couple of other interesting examples of English in Cyrillic. 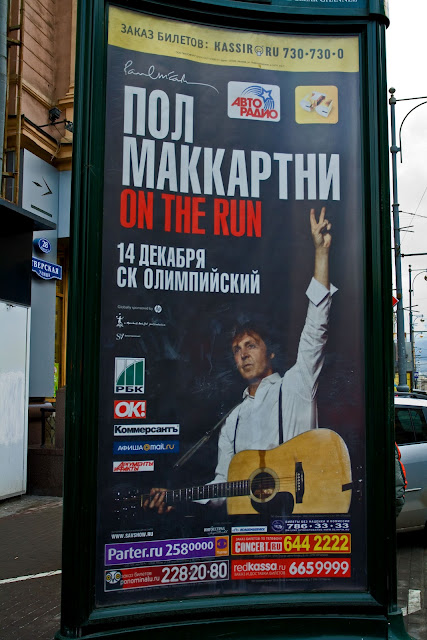 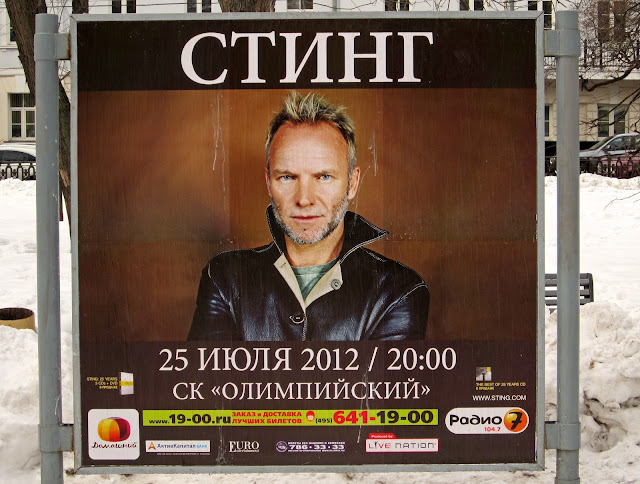